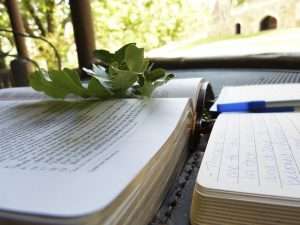 “The Easter I Almost Missed “

I told you about how different Easter was. Well in the interest of full disclosure, we have been working on broadcasting our Sunday morning worship. We are asked not to gather in groups by our government, so this has brought us into some new and interesting situations.
I think when we record services that are happening, you kind of have what you have. If someone makes a mistake, we usually don’t bother to fix it. But when you prerecord. You arrange the service as you please. Different people recorded there parts at different times, then you edit it and put it together. In this setting, you can use editing software and fix some things that might go wrong.
I really enjoy video editing, so I was glad to do that job. But we ran into a big hiccup on Easter weekend. Due to some unforeseen difficulties, I didn’t get all the parts of the worship service until Saturday evening. I wasn’t too worried about that. I went to work, putting things in order, trimming idle time off of the video. But I started running into trouble putting it together. When I got it together, I could not get the video to post on social websites.
Suffice it to say, we did not have it ready for Easter morning. My new goal was to have them ready for the evening. I missed that deadline too. I finally gave up in utter disgust, frustration, humiliation, and embarrassment.
I didn’t get angry, but I was super frustrated. I had been away from my wife all day, she was upset for me and truth nr told at me. I just can’t seem to give up on something. I work at it until I get it or bust.
Well, you notice, I said the Easter I almost lost. That means I didn’t lose it. After I had given up, we watched the musical Jesus, done by Sight and Sound and shown on TBN.
As I watched their portray of Jesus’ ministry, I laughed, I was serious and I wept. I never thought about how Jesus’ mother Mary must have mourned, and the actress playing that part had me bawling along with her.
Oh, in case you wonder, the video was finally loaded by Monday evening. I thank NPCOB for the grace you showed this old guy on one of my most frustrating days.
Please read the following verses.

John 20:1-18
1 Early on the first day of the week, while it was still dark, Mary Magdalene went to the tomb and saw that the stone had been removed from the entrance.

4 Both were running, but the other disciple outran Peter and reached the tomb first.

5 He bent over and looked in at the strips of linen lying there but did not go in.

6 Then Simon Peter, who was behind him, arrived and went into the tomb. He saw the strips of linen lying there, 7 as well as the burial cloth that had been around Jesus’ head. The cloth was folded up by itself, separate from the linen.

8 Finally the other disciple, who had reached the tomb first, also went inside. He saw and believed. 9 (They still did not understand from Scripture that Jesus had to rise from the dead.)

10 Then the disciples went back to their homes, 11 but Mary stood outside the tomb crying. As she wept, she bent over to look into the tomb 12 and saw two angels in white, seated where Jesus’ body had been, one at the head and the other at the foot.

14 At this, she turned around and saw Jesus standing there, but she did not realize that it was Jesus.
15 “Woman,” he said, “why are you crying? Who is it you are looking for?”
Thinking he was the gardener, she said, “Sir, if you have carried him away, tell me where you have put him, and I will get him.”

16 Jesus said to her, “Mary.”
She turned toward him and cried out in Aramaic, “Rabboni!” (which means Teacher).
17 Jesus said, “Do not hold on to me, for I have not yet returned to the Father. Go instead to my brothers and tell them, ‘I am returning to my Father and your Father, to my God and your God.'”
18 Mary Magdalene went to the disciples with the news: “I have seen the Lord!” And she told them that