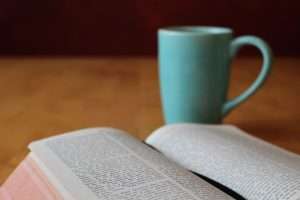 Where Do You Plan to Spend Eternity?”
Believers know we will spend eternity in heaven.
It is not because we are so good and do so many good things. Believers have accepted Christ’s offer; His blood for our sins.
In the following scripture account, we can see the two different eternal places of dwelling.
Before Jesus died, all the souls of the departed went to Hades. Hades was divided into two parts.
The saved souls that were energized by and for the Lord God were in paradise, those headed for the Lake of Fire are kept in the other part of Hades, already under punishment.
Why weren’t they saved people in heaven?
They could not be in heaven yet, because while their sins were covered by animal sacrifice, they would not be removed until Jesus went to the cross.
Then paradise was taken to heaven, where the saved souls now go when we die. Now Hades is the place where all those who will spend eternity in the lake of fire are waiting for judgment day when Jesus will tell them He never knew them.
Please read the following verses fro more clarity.
Luke 16:19-31
19 “There was a rich man who was dressed in purple and fine linen and lived in luxury every day.
20 At his gate was laid a beggar named Lazarus, covered with sores 21 and longing to eat what fell from the rich man’s table. Even the dogs came and licked his sores.
22 “The time came when the beggar died and the angels carried him to Abraham’s side. The rich man also died and was buried.
23 In hell, where he was in torment, he looked up and saw Abraham far away, with Lazarus by his side.
24 So he called to him, ‘Father Abraham, have pity on me and send Lazarus to dip the tip of his finger in water and cool my tongue because I am in agony in this fire.’
25 “But Abraham replied, ‘Son, remember that in your lifetime you received your good things, while Lazarus received bad things, but now he is comforted here and you are in agony.
26 And besides all this, between us and you a great chasm has been fixed so that those who want to go from here to you cannot, nor can anyone cross over from there to us.’
27 “He answered, ‘Then I beg you, father, send Lazarus to my father’s house, 28 for I have five brothers. Let him warn them so that they will not also come to this place of torment.’
29 “Abraham replied, ‘They have Moses and the Prophets; let them listen to them.’
30 “‘No, father Abraham,’ he said, ‘but if someone from the dead goes to them, they will repent.’
31 “He said to him, ‘If they do not listen to Moses and the Prophets, they will not be convinced even if someone rises from the dead.'”
Several interesting things in this passage. Paradise and Hades, or hell as it is called here, are separated. It seems those in hades can see those in paradise, but ones in paradise do not see those in hades.
Those in hades are under punishment, not so for those in paradise. And hades is not a good place where anyone wants to find themselves. Those in hades realize their great mistake in their life of not accepting Christ’s offer, His blood for our sins.
Those in hades cannot go back and warn their loved ones to accept Christ.
Did you notice what Abraham said? Even if someone from the dead goes back to earth, not many minds would be changed. Case in point: Christ returned to earth from the dead, not many minds were changed by that.
Of course, seeing and being with the risen Lord unleashed a strengthing of faith probably unseen before.
I could go on, but I will stop.
Where will we spend eternity?
It is our choice. I
f we try to earn heaven, we will for sure be in the lake of fire.
If we realize that we are sinners and cannot fix our sin problem, accept Christ’s gift to us we go to heaven.
Indeed, we choose our eternal destination.
Have you made and acted on your decision? Amen
Be Blest, Be a Blessing.