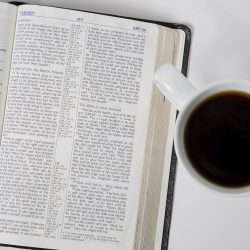 “Let’s Get Ready to Worship”
I used to watch professional wrestling. (please, no comments from the peanut gallery.) At theses wrestling matches, sometimes the announcer would say; let’s get ready to rumbllllllle.
Please read the following verses.
Revelation 4
1After this I looked, and there before me was a door standing open in heaven. And the voice I had first heard speaking to me like a trumpet said, “Come up here, and I will show you what must take place after this.”
2 At once I was in the Spirit, and there before me was a throne in heaven with someone sitting on it.
3 And the one who sat there had the appearance of jasper and carnelian. A rainbow, resembling an emerald, encircled the throne.
4 Surrounding the throne were twenty-four other thrones, and seated on them were twenty-four elders. They were dressed in white and had crowns of gold on their heads.
5 From the throne came flashes of lightning, rumblings, and peals of thunder. Before the throne, seven lamps were blazing. These are the seven spirits of God.
6 Also before the throne there was what looked like a sea of glass, clear as crystal.
In the center, around the throne, were four living creatures, and they were covered with eyes, in front, and in back.
7 The first living creature was like a lion, the second was like an ox, the third had a face like a man, the fourth was like a flying eagle.
8 Each of the four living creatures had six wings and was covered with eyes all around, even under his wings. Day and night they never stop saying:
“Holy, holy, holy
is the Lord God Almighty,
who was, and is, and is to come.”
9 Whenever the living creatures give glory, honor, and thanks to him who sits on the throne and who lives for ever and ever, 10 the twenty-four elders fall down before him who sits on the throne and worship him who lives for ever and ever. They lay their crowns before the throne and say:
11 “You are worthy, our Lord and God,
to receive glory and honor and power,
for you created all things,
and by your will, they were created
and have their being.”
I tell you what; we read about heaven from two men who were either in heaven or had a tremendous vision of heaven, John and Paul.
From what they tell us, there will be a whole lot of worshipping going on.
So let’s get ready to Worrrrrssssssship.