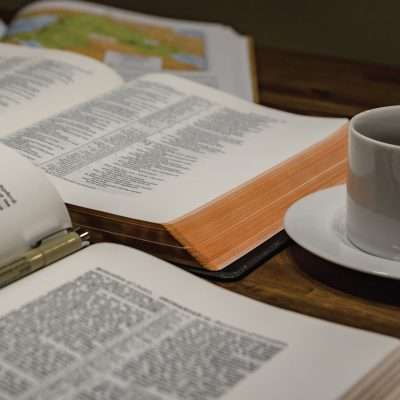 “The Death of a Servant of God”
In the media sources I view, I enjoy happy endings. I like it when the good guy(s) win.
Please read the following verses, to see an instance where there is not a happy ending.
Mark 6:17-29
17 For Herod, himself had given orders to have John arrested, and he had him bound and put in prison. He did this because of Herodias, his brother Philip’s wife, whom he had married. 18 For John had been saying to Herod, “It is not lawful for you to have your brother’s wife.”
19 So Herodias nursed a grudge against John and wanted to kill him. But she was not able to, 20 because Herod feared John and protected him, knowing him to be a righteous and holy man. When Herod heard John, he was greatly puzzled; yet he liked to listen to him.
21 Finally, the opportune time came. On his birthday Herod gave a banquet for his high officials and military commanders and the leading men of Galilee.
22 When the daughter of Herodias came in and danced, she pleased Herod and his dinner guests.
The king said to the girl, “Ask me for anything you want, and I’ll give it to you.”
23 And he promised her with an oath, “Whatever you ask I will give you, up to half my kingdom.”
24 She went out and said to her mother, “What shall I ask for?”
“The head of John the Baptist,” she answered.
25 At once the girl hurried in to the king with the request: “I want you to give me right now the head of John the Baptist on a platter.”
26 The king was greatly distressed, but because of his oaths and his dinner guests, he did not want to refuse her.
27 So he immediately sent an executioner with orders to bring John’s head. The man went, beheaded John in the prison,
28 and brought back his head on a platter. He presented it to the girl, and she gave it to her mother.
29 On hearing of this, John’s disciples came and took his body and laid it in a tomb.
As I think about the earthly demise of John the Baptist, I realize he lived “out of the box.”
Had I know him personally, I probably would have thought him to be strange, perhaps I would have steered clear of him.
But scripture tells us, that he was a staunch follower of God and a key forerunner for his cousin Jesus.
In a perfect world, he would have a good long life.
As one reads scripture, there are few people in the Bible accounts that the Lord doesn’t point out their shortcomings. Think about that for a moment.
John is one of the few and yet his life still has a violent ending.
But as always, we must remember this life is temporary, it is not home for believers. And we can be sure that John has received a heavenly reward, one that has more than made up for his early demise.
Thank you, Lord Jesus, for being so good, fair, wonderful, marvelous, fantastic, and such an awesome Lord and Savior. What a pleasure it is, what an honor and joy to serve you. Amen
Be  Blest, Be a Blessing.