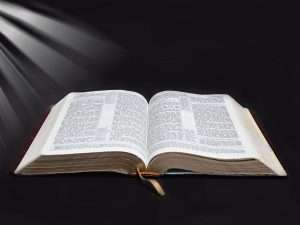 “Wondering About the Future”
Do you find yourself wondering about the future? What will it be like? When will Christ call His Church out of this world? When will the great tribulation start?
It is easy to think bout these things and more than a few authors have written down their predictions.
The disciples also wondered about their future.
Please read the following verses and see what their questions were and how Jesus answered them.
Matthew 24:1-28
1 Jesus left the temple and was walking away when his disciples came up to him to call his attention to its buildings.
2 “Do you see all these things?” he asked. “I tell you the truth, not one stone here will be left on another; everyone will be thrown down.”
3 As Jesus was sitting on the Mount of Olives, the disciples came to him privately. “Tell us,” they said, “when will this happen, and what will be the sign of your coming and of the end of the age?”
4 Jesus answered: “Watch out that no one deceives you.
5 For many will come in my name, claiming, ‘I am the Christ,’ and will deceive many.
6 You will hear of wars and rumors of wars but see to it that you are not alarmed. Such things must happen, but the end is still to come.
7 Nation will rise against nation, and kingdom against kingdom. There will be famines and earthquakes in various places.
8 All these are the beginning of birth pains.
9 “Then you will be handed over to be persecuted and put to death, and you will be hated by all nations because of me.
10 At that time many will turn away from the faith and will betray and hate each other, 11 and many false prophets will appear and deceive many people.
12 Because of the increase of wickedness, the love of most will grow cold, 13 but he who stands firm to the end will be saved.
14 And this gospel of the kingdom will be preached in the whole world as a testimony to all nations, and then the end will come.
15 “So when you see standing in the holy place ‘the abomination that causes desolation,’ spoken of through the prophet Daniel — let the reader understand—
16 then let those who are in Judea flee to the mountains.
17 Let no one on the roof of his house go down to take anything out of the house.
18 Let no one in the field go back to get his cloak.
19 How dreadful it will be in those days for pregnant women and nursing mothers!
20 Pray that your flight will not take place in winter or on the Sabbath.
21 For then there will be great distress, unequaled from the beginning of the world until now — and never to be equaled again.
22 If those days had not been cut short, no one would survive, but for the sake of the elect, those days will be shortened.
23 At that time if anyone says to you, ‘Look, here is the Christ!’ or, ‘There he is!’ do not believe it.
24 For false Christs and false prophets will appear and perform great signs and miracles to deceive even the elect — if that were possible.
25 See, I have told you ahead of time.
26 “So if anyone tells you, ‘There he is, out in the desert,’ do not go out; or, ‘Here he is, in the inner rooms,’ do not believe it.
27 For as lightning that comes from the east is visible even in the west, so will be the coming of the Son of Man.
28 Wherever there is a carcass, there the vultures will gather.
Wow, Jesus had a lot to say. I wonder how much more the disciples understood when He was done than when He first began.
As we look at scriptures about the future, we may understand some of them and other parts will be confusing.
As believers, we know the one who controls our future.
I have found it best to put my trust in Him and let Him care for the future.
I have my hands full trying to do what HE wants me to do now.
Be Blest, Be a Blessing