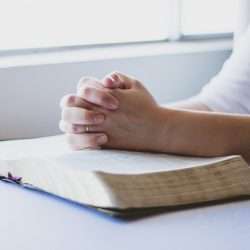 “Be Ready”
I invite you to read the following verses
Matthew 25:1-13
1 “At that time the kingdom of heaven will be like ten virgins who took their lamps and went out to meet the bridegroom.
2 Five of them were foolish and five were wise.
3 The foolish ones took their lamps but did not take any oil with them.
4 The wise, however, took oil in jars along with their lamps.
5 The bridegroom was a long time in coming, and they all became drowsy and fell asleep.
6 “At midnight the cry rang out: ‘Here’s the bridegroom! Come out to meet him!’
7 “Then all the virgins woke up and trimmed their lamps.
8 The foolish ones said to the wise, ‘Give us some of your oil; our lamps are going out.’
9 “‘No,’ they replied, ‘there may not be enough for both us and you. Instead, go to those who sell oil and buy some for yourselves.’
10 “But while they were on their way to buy the oil, the bridegroom arrived. The virgins who were ready went in with him to the wedding banquet. And the door was shut.
11 “Later the others also came. ‘Sir! Sir!’ they said. ‘Open the door for us!’
12 “But he replied, ‘I tell you the truth, I don’t know you.’
13 “Therefore keep watch, because you do not know the day or the hour.
These verses will always be special because they are the ones I used for the first message I preached.
Because I did not faint (from fright) and the nice comments that were given to me I was reassured this was the path of life the Lord wanted me to pursue.
I know in this space, I often talk about being ready to meet the Lord, whether through death or when He calls His church out of this world.
I guess the reason I care; I was not ready for more than half of my life.
I was headed with the majority of people, towards the lake of fire.
I believe as a believer, the Lord wants me to tell any who would listen to be ready.
Salvation by the blood of Jesus Christ.
It is His story and I am sticking to it and with it.