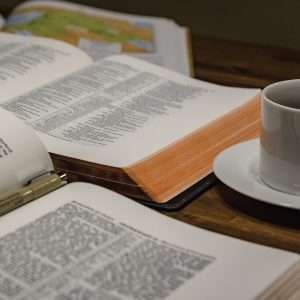 “The Contest Continues”
Jacob was deceitful, we know that he got his brother to give up his birthright.
This means that Esau who should have received a double share of the inheritance to his brother Jacobs one, well that didn’t happen. Jacob receives the two shares. Then, with his mother’s help, Jacob steals Esau’s blessing.
Well, he meets his match in his father in law Laban.
Laban agrees that Jacob will work seven years to marry hid daughter Rachel.
But on the wedding night, he gives Jacob daughter Leah instead. Of course, Jacob is furious. So Laban allows him to marry Rachel right away for another seven years labor.
Now Jacob is preparing to move his family away from Laban and we see the beginning of another bazaar plot by Laban.
Please read the following verses.
Genesis 30:29-43
29 Jacob said to him, “You know how I have worked for you and how your livestock has fared under my care.
30 The little you had before I came has increased greatly, and the Lord has blessed you wherever I have been. But now, when may I do something for my own household?”
31 “What shall I give you?” he asked.
“Don’t give me anything,” Jacob replied. “But if you will do this one thing for me, I will go on tending your flocks and watching over them:
32 Let me go through all your flocks today and remove from them every speckled or spotted sheep, every dark-colored lamb and every spotted or speckled goat. They will be my wages.
33 And my honesty will testify for me in the future, whenever you check on the wages you have paid me. Any goat in my possession that is not speckled or spotted, or any lamb that is not dark-colored, will be considered stolen.”
34 “Agreed,” said Laban. “Let it be as you have said.”
35 That same day he removed all the male goats that were streaked or spotted, and all the speckled or spotted female goats (all that had white on them) and all the dark-colored lambs, and he placed them in the care of his sons.
36 Then he put a three-day journey between himself and Jacob, while Jacob continued to tend the rest of Laban’s flocks.
37 Jacob, however, took fresh-cut branches from poplar, almond and plane trees and made white stripes on them by peeling the bark and exposing the white inner wood of the branches.
38 Then he placed the peeled branches in all the watering troughs so that they would be directly in front of the flocks when they came to drink. When the flocks were in heat and came to drink, 39 they mated in front of the branches. And they bore young that were streaked or speckled or spotted.
40 Jacob set apart the young of the flock by themselves but made the rest face the streaked and dark-colored animals that belonged to Laban. Thus he made separate flocks for himself and did not put them with Laban’s animals.
41 Whenever the stronger females were in heat, Jacob would place the branches in the troughs in front of the animals so they would mate near the branches, 42 but if the animals were weak, he would not place them there. So the weak animals went to Laban and the strong ones to Jacob.
43 In this way, the man grew exceedingly prosperous and came to own large flocks, and maidservants and menservants, and camels and donkeys.
Well, this isn’t; at the end of this story, you can continue reading about the plotting and twisting of words and events.
One of the things I take away from this biblical narrative is that when the Lord God wants to bless someone, they will be blest.
He can overcome any odds or enemies for the God of His believers. This is very comforting to me and I am so glad that we serve such a powerful and awesome Lord God. Amen
Be Blest, Be a Blessing