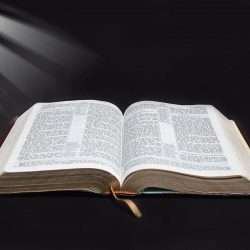 “Jesus Ministry was Mainly to Israel”
This might not seem true but read through the scriptures. Jesus had little interaction with Gentiles.
He came to give Israel the best chance they could have to see that He was their Messiah.
Jesus fulfilled over 330 prophecies from God’s Word and still, the people missed Him or chose to ignore Him
I invite you to read the following scriptures.
Matthew 10:1-8
1 He called his twelve disciples to him and gave them the authority to drive out evil spirits and to heal every disease and sickness.
2 These are the names of the twelve apostles: first, Simon (who is called Peter) and his brother Andrew; James son of Zebedee, and his brother John;
3 Philip and Bartholomew; Thomas and Matthew the tax collector; James son of Alphaeus, and Thaddaeus;
4 Simon the Zealot and Judas Iscariot, who betrayed him.
5 These twelve Jesus sent out with the following instructions: “Do not go among the Gentiles or enter any town of the Samaritans.
6 Go rather to the lost sheep of Israel.
7 As you go, preach this message: ‘The kingdom of heaven is near.’
8 Heal the sick, raise the dead, cleanse those who have leprosy, drive out demons. Freely you have received, freely give.
Do you see this thought in verse 6?
The instructions were not to go into the world but go to the Jewish people of Israel.
When Israel turns on Jesus, when they murder Stephen, then the Gospel of Grace is taken to the world.
I am so glad, that in this day and age any person can be saved if they believe the finished work of the cross.
May all believers be sharing this good news.