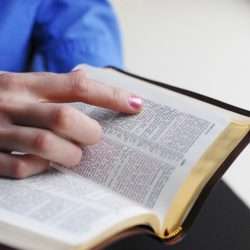 “A Tax Money Fish”
How many of us like paying taxes?
I don’t see very many hands out there, in fact, I don’t see any.
I do not like to pay taxes, yet I do.
Not only that, it seems my taxes go higher each year.
What does Jesus say about taxes?
I invite you to read the following verses.
Matthew 17:24-27
24 After Jesus and his disciples arrived in Capernaum, the collectors of the two-drachma tax came to Peter and asked, “Doesn’t your teacher pay the temple tax?”
25 “Yes, he does,” he replied.
When Peter came into the house, Jesus was the first to speak. “What do you think, Simon?” he asked. “From whom do the kings of the earth collect duty and taxes — from their own sons or from others?”
26 “From others,” Peter answered.
“Then the sons are exempt,” Jesus said to him. 27
“But so that we may not offend them, go to the lake and throw out your line.
Take the first fish you catch; open its mouth and you will find a four-drachma coin.
Take it and give it to them for my tax and yours.”
In Romans, Jesus through His Holy Spirit says the following
Romans 13:5-7
5 Therefore, it is necessary to submit to the authorities, not only because of possible punishment but also because of conscience.
6 This is also why you pay taxes, for the authorities are God’s servants, who give their full time to governing.
7 Give everyone what you owe him: If you owe taxes, pay taxes; if revenue, then revenue; if respect, then respect; if honor, then honor.
Jesus says at least one more thing about taxes.
Mark 12:13-17
13 Later they sent some of the Pharisees and Herodians to Jesus to catch him in his words.
14 They came to him and said, “Teacher, we know you are a man of integrity. You aren’t swayed by men, because you pay no attention to who they are; but you teach the way of God in accordance with the truth. Is it right to pay taxes to Caesar or not?
15 Should we pay or shouldn’t we?”
But Jesus knew their hypocrisy. “Why are you trying to trap me?” he asked. “Bring me a denarius and let me look at it.” 16 They brought the coin, and he asked them, “Whose portrait is this? And whose inscription?”
“Caesar’s,” they replied.
17 Then Jesus said to them, “Give to Caesar what is Caesar’s and to God what is God’s.”
And they were amazed at him.
Well, it certainly looks like I need to change my attitude. Instead of being an old grump, I should be thankful the Lord has blessed me enough to be able to pay taxes.
So with the Lord’s help, my attitude will be changing.