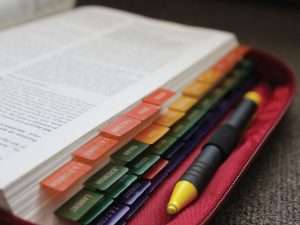 “The Lord God’s Pecking Order”
Have you ever heard of a pecking order? We used this phrase in PA to refer to the way things were done. For instance, instead of hiring someone that would be above the employees you already have, there would be a pecking order, a sense of seniority if you will.
Jesus disciples got into an argument at least one time about which one of them is the greatest.
You are invited to read the following Scripture passage.
Luke 22:24-30
24 Also, a dispute arose among them as to which of them was considered to be greatest.
25 Jesus said to them, “The kings of the Gentiles lord it over them; and those who exercise authority over them call themselves Benefactors.
26 But you are not to be like that. Instead, the greatest among you should be like the youngest, and the one who rules like the one who serves.
27 For who is greater, the one who is at the table or the one who serves? Is it not the one who is at the table? But I am among you as one who serves.
28 You are those who have stood by me in my trials.
29 And I confer on you a kingdom, just as my Father conferred one on me,
30 so that you may eat and drink at my table in my kingdom and sit on thrones, judging the twelve tribes of Israel.
Jesus pecking order was quite different than the disciples expected, different than we might expect.
Jesus came to serve. He is the God of the universe and yet he washed the feet of his disciples.
As you prepare to use the gifts God has given you, do it with a servants heart. Be humble and serve your fellow believers in love.