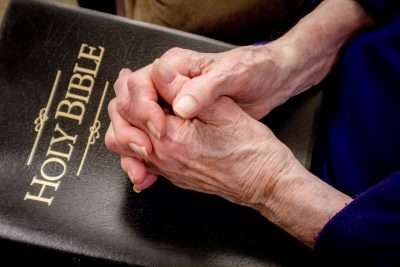 I don’t know that it is recorded that Jesus ever said those words. He would have had a right to. Christ is preparing Himself for death on a cruel Roman cross while his disciples worry about their order of importance to Jesus. Peter and others who said they would be faithful to Jesus until the end can’t even stay awake to pray with Jesus as He prepares to finish His redemptive work.

21 But the hand of him who is going to betray me is with mine on the table. 22 The Son of Man will go as it has been decreed, but woe to that man who betrays him.” 23 They began to question among themselves which of them it might be who would do this. 24 Also, a dispute arose among them as to which of them was considered to be greatest. 25 Jesus said to them, “The kings of the Gentiles lord it over them; and those who exercise authority over them call themselves Benefactors. 26 But you are not to be like that. Instead, the greatest among you should be like the youngest and the one who rules like the one who serves. 27 For who is greater, the one who is at the table or the one who serves? Is it not the one who is at the table? But I am among you as one who serves. 28 You are those who have stood by me in my trials. 29 And I confer on you a kingdom, just as my Father conferred one on me, 30 so that you may eat and drink at my table in my kingdom and sit on thrones, judging the twelve tribes of Israel. 31 “Simon, Simon, Satan has asked to sift you as wheat. 32 But I have prayed for you, Simon, that your faith may not fail. And when you have turned back, strengthen your brothers.” 33 But he replied, “Lord, I am ready to go with you to prison and to death.” 34 Jesus answered, “I tell you, Peter before the rooster crows today, you will deny three times that you know me.” 35 Then Jesus asked them, “When I sent you without purse, bag or sandals, did you lack anything?” “Nothing,” they answered. 36 He said to them, “But now if you have a purse, take it, and also a bag; and if you don’t have a sword, sell your cloak and buy one. 37 It is written: ‘And he was numbered with the transgressors, and I tell you that this must be fulfilled in me. Yes, what is written about me is reaching its fulfillment.” 38 The disciples said, “See, Lord, here are two swords.” “That is enough,” he replied.

Important work has been prepared for believers to do for Jesus. Many tend to figuratively at least sit it out and wait for our turn to go to glory. We can get so excited about this world’s stuff; however, for many that excitement begins to erode when placed side by side with the things of heaven.

Come on people, as we mature in faith, the interests in the things of this world pale while the things of Christ become more attractive. At least that is what is supposed to happen.

And as the things of eternal value increase in importance, we draw nearer to the Lord God. Lord, please help us grow in our faith, drawing always closer to you.