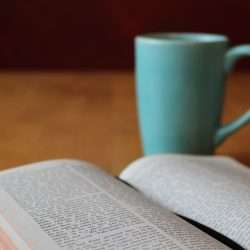 “Warning Against Unbelief”
What unbelief are you talking about?
I don’t believe it is going to rain today. Is that unbelief?
Well yes, but it the unbelief that the Lord talks about through Jeremiah.
Please read the following verses.
Hebrews 3:7-19
7 So, as the Holy Spirit says:
“Today, if you hear his voice,
8 do not harden your hearts
as you did in the rebellion,
during the time of testing in the desert,
9 where your fathers tested and tried me
and for forty years saw what I did.
10 That is why I was angry with that generation,
and I said, ‘Their hearts are always going astray,
and they have not known my ways.’
11 So I declared on oath in my anger,
‘They shall never enter my rest.'”
12 See to it, brothers, that none of you has a sinful, unbelieving heart that turns away from the living God.
13 But encourage one another daily, as long as it is called Today, so that none of you may be hardened by sin’s deceitfulness.
14 We have come to share in Christ if we hold firmly till the end the confidence we had at first.
15 As has just been said:
“Today, if you hear his voice,
do not harden your hearts
as you did in the rebellion.”
16 Who were they who heard and rebelled? Were they not all those Moses led out of Egypt?
17 And with whom was he angry for forty years? Was it not with those who sinned, whose bodies fell in the desert?
18 And to whom did God swear that they would never enter his rest if not to those who disobeyed?
19 So we see that they were not able to enter, because of their unbelief.
The unbelief that is so dangerous is the unbelief of the Lord God. Salvation =Faith + nothing.
This is believing. If we believe the Lord God and listen to and accept His promises, we live forever with Him in heaven.
I know, many believe that seeing is believing. The believer understands we can believe without seeing all that is promised.
Have a wonderful faith tilled day, believing the promises of the Lord God. If there is any unbelief in you, allow the Holy Spirit to rid you of it. Amen.